Report on the 41st Symposium 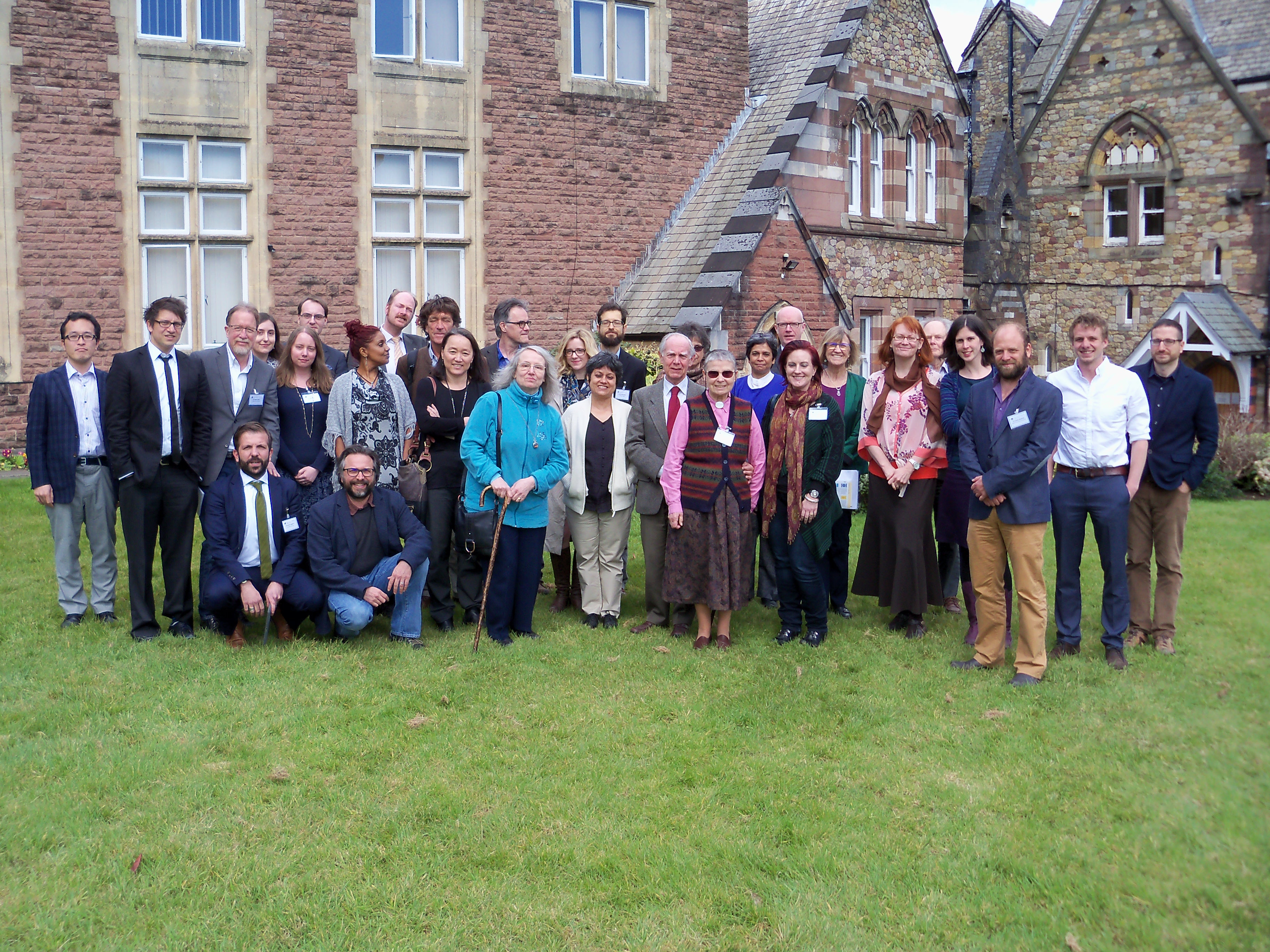 The 41st Spalding Symposium on Indian Religions was held at St Michael’s College, Llandaff, and hosted by Drs Simon Brodbeck and James Hegarty of Cardiff University. The theme was “narrative”, and the papers ranged from the portrayal of animals in biographies of the Buddha to the competing narratives of M. A. Jinnah’s nationalist vision.

The keynote speakers this year were Professor Phyllis Granoff (Yale University) and Professor Rupert Gethin (University of Bristol). Professor Granoff opened the Symposium with a paper exploring narratives of conversion in early Buddhist and Jain scriptures. The paper spoke to some of the key themes that ran through the whole weekend, including the role of stories in religious teachings, the relationship between narrative and doctrine, and the ways in which narrative gaps or slippages invite further investigation. On the second day of the Symposium, Professor Gethin presented his exploration of how the narrative frames of early Buddhist suttas of the Dīgha Nikāya inform our reading of the – often formulaic – doctrinal renditions therein, again speaking directly to the question of how narrative and doctrine inter-relate.

In addition to the two keynote speakers, there were ten excellent papers by scholars from as far afield as Vancouver and Delhi, and three postgraduate speakers also offered work-in-progress papers, giving us a window into emerging research in the field. A special mention must be made of the very thought-provoking after-dinner paper delivered by Professor James Laine (Macalaster College) about the controversial response to his 2003 book on the 17th century Maratha king Shivaji, which included a temporary ban in Maharashtra and an attack on the Bhandarkar Oriental Research Institute in Pune. We also particularly enjoyed hearing from our two visitors from Miranda House at the University of Delhi, Drs Saswati Sengupta and Sharmila Purkayastha, who gave a rich and challenging portrait of colonial-era Bengal and the use of narratives of the goddess Lakṣmī to lay the blame for horrendous famines on local women.

All the papers were of high quality, and there was also an impressive level of coherence to the Symposium overall. This led to extensive discussions of common themes, including how we speak of genre, and the varied uses of narrative in teachings, conversion, entertainment, exemplification of doctrine or philosophical argument, expressing or establishing identities, drawing audiences into different worlds, and providing competing accounts of significant times, events or people.

The Symposium also benefited from the wonderful surroundings and food of St Michael’s College, and the warm and efficient hosting of Drs Brodbeck and Hegarty. Generous coffee breaks and evenings at the local pub ensured that the conversation spilled out from the papers and panels. We are grateful to the Spalding Trust for their continued support of this Symposium, which enabled us to invite our keynote speakers and offer our postgraduate contributors a free place.

The Spalding Symposium on Indian Religions, which takes place each year, now packs about sixteen research papers into an intensive weekend, with about fifty to sixty participants.